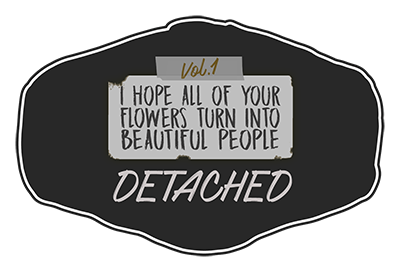 A Glimpse Into Detached 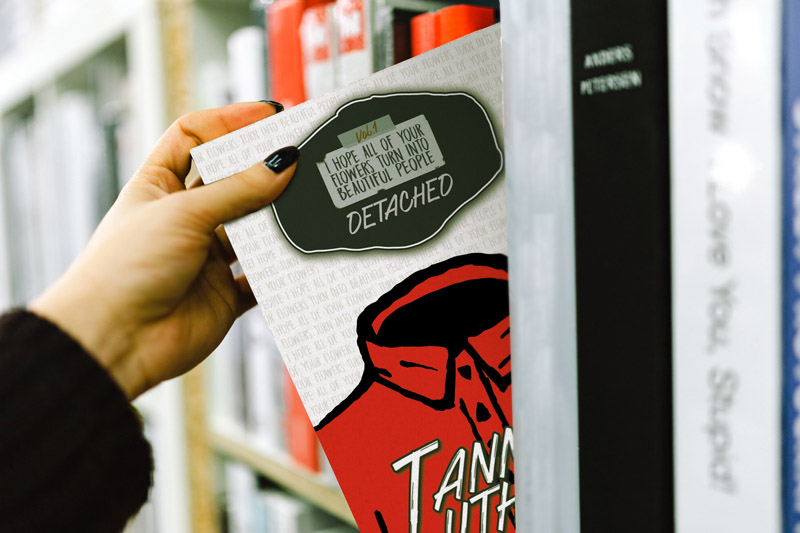 “A recent college graduate tries to find himself by running away in this debut coming-of-age novel.

Zachary Byrd has a van but no destination in mind. He’s left his family and skipped his college graduation ceremony while harboring a secret that’s eating him up. One night near Atlanta, he meets the charismatic Astrid Mavis at a concert, and she convinces Zachary that she should accompany him on his trip. Despite Astrid’s menacing mother, they find a way to leave together and head west. A kind couple in Oklahoma takes them in for a night, and the husband asks Zachary to do him one favor: to deliver a letter to his estranged brother in Oregon. From there, Zachary and Astrid’s journey twists and turns: the van is stolen; they’re separated and reunited at a makeshift camp; they hop a train; and they see a man die. Zachary eventually reveals his secret, and Astrid and he tumble into a sweet relationship. A final bus ride brings them to Oregon, where they find a new friend in Bethel, from whom they rent a houseboat and who helps them find jobs. They begin the search for the brother, and there’s a real chance that this may be the life they are looking for, until their love story becomes too good to be true. There are plenty of heartwarming and memorable characters throughout Lutheran’s tender tale, including the lovable Bethel, who helps the young couple find their way in Oregon. Any young reader who has found love and promise in a budding relationship should enjoy Zachary and Astrid’s adventurous romance.”

Though his stories are fictional, Lutheran tends to use pivotal real-life experiences as cornerstones in his work. In his newest piece, Detached, he writes as if the roles were reversed and he is no longer the victim of an accidental tragedy from his childhood, but rather the culprit. Lutheran grew up on the coast of North Carolina, where he became passionate about writing at a young age in his seventh-grade creative writing class.