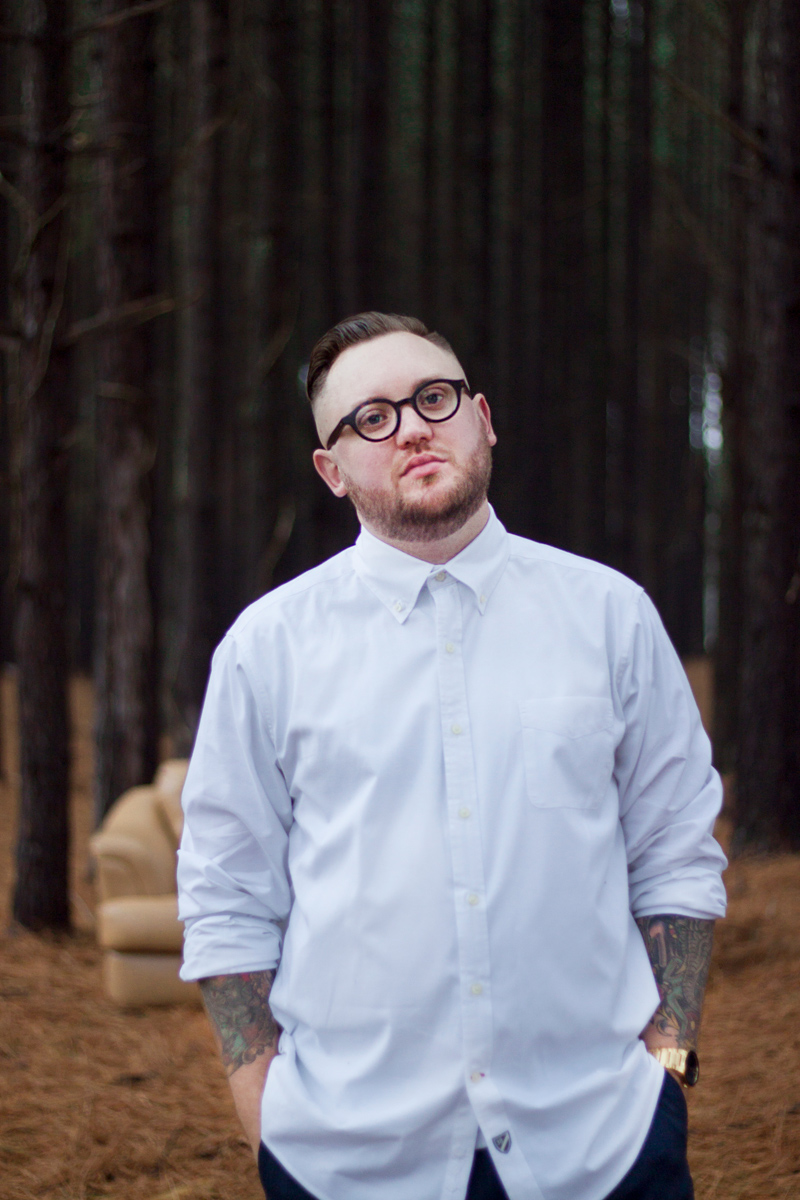 Though his stories are fictional, Lutheran tends to use pivotal real-life experiences as cornerstones in his work.

In his newest piece, Detached, he writes as if the roles were reversed and he is no longer the victim of an accidental tragedy from his childhood, but rather the culprit.

Lutheran grew up on the coast of North Carolina, where he became passionate about writing at a young age in his seventh-grade creative writing class.

Very active, it is surprising that he can sit still long enough to write books. If you are able to ever catch up to him, he will probably be working on a random project, playing in a band somewhere, or traveling to some random destination for an even more random reason.

Reading beyond the text: A writer and his multi-dimensional approach to creating his first novel

““A couple of years ago, I was living my own life in search of purpose—though, I was going about it all wrong. I never finished school and every ‘day job’ was wasted on daydreams of being better. Or, maybe just being different—I am not sure if I knew the two apart. Life was just a cycle of bright ideas smothered in dark rooms; being better would have been great if I would have actually applied myself. Eventually, a series of mistakes, anger, and selfishness sent me to New York City where I stayed for nearly two months. I was finally invisible; no one knew me or cared to know me. In this, I found the courage to be myself. I accepted that I wasn’t happy. Once all of that sunk in, I started to think about where I last saw happiness. I remembered it being bare and revealing. Overwhelming, yet subtle. Loud and freeing. It wasn’t attached to an unending smile either—it laid closer to fulfillment, trust, forgiveness, progress and most importantly—comfort in nothingness. By this point, I was writing fairly often and had a few concepts that I was thinking of turning into books, but decided on this particular story because it aligned with my life.”

Lutheran is a twenty-something North Carolinian who has been curious about the writing process for over a dozen years. His seventh grade Creative Writing teacher first encouraged Lutheran to practice more, and he has seen the world in a more detailed, emotional way ever since. He has focused on describing seemingly trivial objects and concepts in elongated, in-depth verse and has written personal journals for most of his life as well as poetry and reviews. There is a sense of wonderment about Lutheran in his everyday life. He can often be found deep in thought and focused on minute details; yet at the same time, he enjoys being lighthearted, whimsical and easygoing. Lutheran is as introverted as he is extroverted and as straight-focused and calculated as he is open-minded and philosophical. After recovering from a traumatic childhood injury, Lutheran has adopted a sincere appreciation for life and actually living it. Instead of resorting to feeling stuck, lost or reeled into the cookie-cutter, suburbanite, post-college existence like the majority of his peers, Lutheran decided to embark on a new, creative experiment to the writer’s mecca, Brooklyn. While there, he tapped into his short-story writing skills to gain inspiration for his novel. He became overwhelmingly inspired and introspective, thus his desire to write grew into a need. Within a few short months after moving back to Wilmington, he spilled his imagination out onto almost 300-pages of heart-felt, honest and eloquent text which is loosely drawn from his own experiences. Although living in small North Carolina towns helped shape who he is, it was also inevitable he would want to spread his wings and explore more than what’s within NC’s borders. Most of all, Lutheran is a motivated and centered dreamer who is serious about bridging the gap between his big dreams and a tangible reality.
After a stint in a mildly successful heavy metalcore band in the late 2000s, Lutheran has moved on to form his Wilmington-based indie band, Annex. Its members are dedicating songs based on the themes and storyline from the novel with the help of Grace Christian X who conveys the emotion of Astrid, the lead female character.”